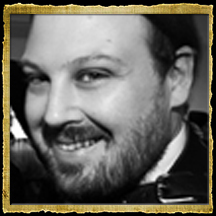 David E. Guinan
Producer and director
David E. Guinan directed and produced John Frum, He Will Come. He also produced the feature film Freeloader. Guinan works in the world of converging media. He studied artistic applications of emerging technologies and   comparative literature at the University of Wisconsin, as well as the Sorbonne. In 1998, he joined MTV Networks to develop and produce original multimedia programming. He created award winning promotional campaigns for Beavis and Butthead, Celebrity Death Match, and The Tom Green Show.
He currently works as a creative director producing campaigns for a diverse group of clients including Revlon, Auction Direct, MTV, SCY FY, Newsweek, and more. 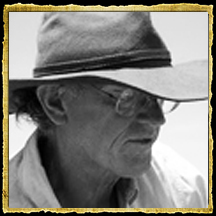 David Pluth
Director of Photography
DAVID PLUTH
David Pluth had more than thirty years of experience behind the lens. He was one of a small number of artists called on by both government organizations and established wildlife and tourist books to photograph and film within hostile and remote environments.
His work was featured in such magazines as Newsweek, National Geographic, Travel Africa, New Scientist, Harpers & Queen, Scienza Nuova, Traveler, Business Traveler, Africa Environment and Wildlife, Adventure Travel, World Press Review and Odyssey. Pluth also contributed primary photography to such ethnographic books as: Kilimanjaro, Journey to the Roof of Africa (2002, National Geographic) and Eye of the Storm, a Photographic Journey Through Uganda (2001, Camerapix International Publishers). 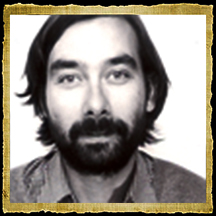 Matthew Nauser
Additional Camera
MATTHEW NAUSER
Matthew has tirelessly searched for creative inspiration on a journey that has taken him to the ends of the earth and led to creative collaborations with some of its most compelling storytellers. After working for the Magnum Photos agency and a stint as an assistant to conflict photographer James Nachtwey, he sought to expand his experience into the realm of documentary film. Matthew spent much of the last five years shooting documentary content around the world for Vice Magazine’s, VBS.TV. He also participated in the MTV travelogue series THE VICE GUIDE TO EVERYTHING, shooting segments on location in Japan, Liberia, and Brazil that included the opportunity to work with director Spike Jonze in Yemen. A growing exposure shooting behind the scenes of feature films, with Gaspar Noe’s ENTER THE VOID serving as a highlight, sparked Matthew’s interest to pursue feature narrative material. Matthew is currently a Cinematography Fellow at the American Film Institute Conservatory. 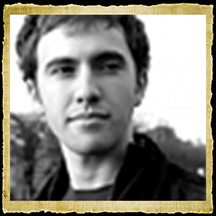 Colin Kornfeind
Editor
COLLIN KORNFEIND
Collin Kornfeind is a freelance videographer/editor in Astoria, Queens, NY by ways of Allentown, PA. A film studies and production graduate from Hofstra University, he has won multiple festival awards around the country for his self-produced short films “The Silk Street Gang” and “With a ‘X’ and an ‘O'”. Collin loved his experience working on “Freeloader” is currently finishing production on a new short, “Doorman”.